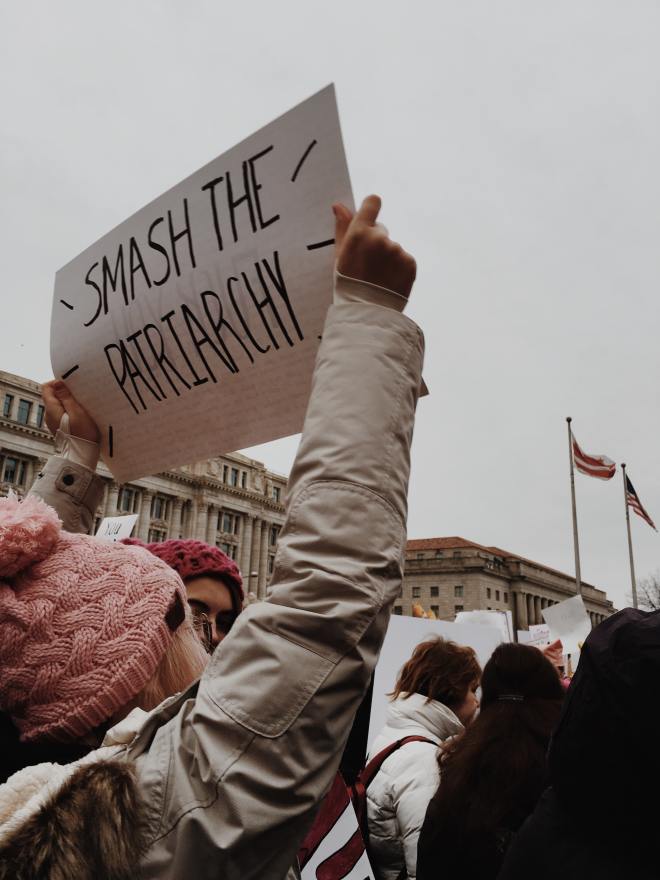 Unpacking The Women’s Movement In Australia (For The Confused).

NOTE: This article is an intentional simplification of a complex concept, as a tool to meet people where they are. It does not attempt to capture or represent all the nuances of very real and interwoven layers of oppression.

Just like any other social movement, the women’s movement is ever-changing and packed with many opinions, stories, experiences and individual goals.

If you listen closely to the heartbeat of the current wave of feminism in Australia (as many other countries and points throughout history) you can hear a consistent, deepening sound.

The loud, guttural call to end our dominant patriarchal culture.

And this is where we need to pay attention. And unpack what the patriarchy means. So we avoid unnecessary fragility and fracturing between us.

Lazy interpretations of the patriarchy can lead to much confusion, defensiveness and further gender divides. And that’s not the goal. So let’s take a closer look.

At its core, the roots of the many poisonous fruits, the patriarchy is a set of rigid beliefs about what being male and female means, and the rights and responsibilities assigned to these roles within society. Along with the oppression of those who don’t fall into the binary norms.

The patriarchy tells us that a man is strong, unemotional, successful, confident, unapologetic and logical (among other things). The patriarchy also tells us that men (especially men like this) are the ones who should hold primary power and leadership roles, in social, political and economic facets of life.

Women under patriarchal ideals, are nurturing, dependent, giving, forgiving, clean, easy on the eyes and ears. We are supposed to be gentle goddesses.

These pre-assigned caricatures have some terrible consequences for people of all genders.

1- On an individual level, the patriarchy puts undue pressure on people who don’t naturally align with their pre-assigned gender roles.

In the case of women, patriarchal pressures can manifest in us in endless ways. Including prioritising others’ needs ahead of our own, putting up with belittlement and developing shame around our impurities. This impacts everything from career trajectories to mental health to domestic violence.

Some could argue patriarchal pressure weighs even heavier upon men who don’t fit the mould. Men are typically told to suppress their emotions, never ask for help and always win. Expectations like these could very well contribute to male suicides rates in Australia being 3 times that of females.

We must then walk up to the heartbreaking fact that nearly 50 percent of transgender and gender diverse people aged 14 to 25 in Australia have attempted suicide in their lifetimes. Let that sink in.

The women’s movement calls for us all to self-express and gain agency over our own identities. To be able to share in both the positive and negative human traits. Women can be confident. Men can be nurturing. Non-binary people can be unapologetic and successful. It’s up to the individual.

Of course when people naturally identify with their traditional gendered qualities, wonderful! But no more or less wonderful than when they do not.

REMEMBER: No one is telling your girlfriend to run off with a wild circus, grow underarm hair or hate you. Unless she wants to.

2 — On an institutional level, the patriarchy reserves power for men.

Historically, the patriarchy has impacted how we organise social, legal, political, religious, and economic institutions. Patriarchy literally means “the rule of the father” and means that primary positions of power, leadership, privilege and even moral authority, still default to men.

Subconsciously and consciously, many in today’s society still look to the man’s opinion as the mark of absolutes, or wisdom. Some try to claim that this instinct is biological, aka men are built leaders. But there is evidence that the patriarchy is actually a 4000 year old cultural invention. Historians suggest humans didn’t always organise this way.

Studies show that gender based roles emerged as women moved tribes to be wed, instead of marrying within their tribes. This practise meant males spent their lives in the group they were born into, whereas women were always amongst strangers. Because relatives tend to help one another and have deeper alliances, men gained an advantage. This outdated system of brotherhood still has its teeth sunk within our reality today.

REMEMBER: No one is forcing all women to work or all men to look after the snotty children. However wherever there is opportunity, there should be a fair go, for everyone who wants a go.

3 — On a criminal level, the patriarchy helps disguise, protect and even encourage violent behaviour.

The women’s movement understands that #notallmen are predators. However, the outline of a ‘man’s man’ sure does make a cosy home for straight up power-yielding, violent, abusive and predatory behaviour to hide.

Due to the accumulation of power in the boys club, it is often difficult to hold predators to account, both in a courtroom or around a bar table. Their behaviour is still largely normalised. Warning signs go without notice, masked by machismo. Horrific behaviour is fuelled by crowd mentality and lack of accountability.

While all the bolstering of toxic masculine stereotyping goes on, women’s lives become more at risk day by day. 20% of Australian women have experienced sexual violence. For disabled women, that statistic is 25%. Aboriginal and Torres Strait Islander women report violence at 3 times the rate of non-Indigenous women.

While 0.04 of Australian men are in prison for sexual violence.

Now, that math aint adding up.

In today’s society still, ‘boys will be boys’, and 97 percent of rapists won’t spend a single day in jail.

Hopefully that sheds a little light on the very real and persistent problem that continues to plague our society. We march, tweet, share, write, act, change, not to push men away, but to bring us all closer. To remove the barriers and stigma between us so we can be free to love, support and look after each other, without made-up expectations, differences or distance.